Presented by the BFI London Film Festival and commissioned by StoryFutures Academy, the UK’s National Centre for Immersive Storytelling run by the National Film and Television School (NFTS) and Royal Holloway, University of London, with support from the BFI Film Fund (awarding National Lottery funding) and Film4. £30m is raised each week by National Lottery players for good causes throughout the UK.

Asif Kapadia will discuss LAIKA’s work in progress at the public unveiling of The Expanse, the bespoke virtual exhibition space created to house the LFF Expanded programme, on Thursday 8 October. LAIKA is due for final completion in 2021.

LAIKA is the iconic story of planet Earth’s first voyager into space, an unwanted and unloved stray who survived the streets of Moscow to become the most famous dog in the world. Adapted from Nick Abadzis’ 2007 graphic novel of the same name, at its heart LAIKA is a tragic tale of love, deep humanity and a space race mission that heralded the age of information and technology we now live in. Through the medium of animated VR this story, co-written by Asif Kapadia and Nick Abadzis, will take viewers on Laika's heartbreakingly beautiful journey, fully immersing the audience in Laika’s point of view, to see for themselves how a small dog played such a pivotal part in modern history.

Director Asif Kapadia, who recently participated as a member of the jury for the Venice International Film Festival’s Venice XR Expanded programme, said: “I love the story of LAIKA because it is simple, extraordinary, unique and epic. From the moment I first read Nick Abadzis’ fantastic graphic novel, I’ve wanted to find a way to bring it to the screen and animated VR is the perfect medium to adapt his beautiful work. In my opinion, VR works best when it is rooted in something real and my ambition is for viewers to believe they are really there with Laika, on Earth, during training and finally in space. I hope this film encourages a wider audience, young and old, to experience a new form of cinema and technology through the telling of Laika’s momentous journey.”

Asif is working with a multi-disciplinary team of collaborators from StoryFutures Academy, Passion Pictures and beyond, bringing together expertise from live action filming, animation and immersive content-making.

LAIKA will be a Passion Pictures and Sheep Thief Films production, in partnership with StoryFutures Academy. The project will be produced by Asif Kapadia, Jack Arbuthnott and Rebecca Gregory-Clarke and will be executive produced by Katie Grayson, Debbie Crosscup and Andrew Ruhemann for Passion Pictures.

BFI London Film Festival Director, Tricia Tuttle said: “As part of our XR programme LFF Expanded, the Festival will be finding ways in the coming years to support artists who are innovating and experimenting with immersive storytelling. Through this partnership with StoryFutures Academy and the team at the NFTS, we have had the opportunity to work with Asif Kapadia, a filmmaker whose ambitious big screen film work consistently dazzles and impresses, as he starts to work in a new form. We can’t wait to see where he goes with LAIKA and to share the project with audiences in the future. A thank you too, to the National Lottery players who continue to help us support projects like LAIKA.”

"From the moment Asif came along to the StoryFutures Academy Lab we knew it would be brilliant to work with him. He was intrigued by virtual reality, but above all he was excited about LAIKA’s story and saw the potential that VR offers to bring it to life in a completely new way. It’s fantastic that StoryFutures Academy, working with the BFI London Film Festival can provide the opportunity for filmmakers like Asif to learn about new technology and test its boundaries so he can expand his incredible storytelling talents within this new medium."

James Bennett, Co-Director of StoryFutures Academy added:"LAIKA is testament to the impact the investment in immersive technologies and storytelling made by the UK government is having. By bringing world-leading talent like Asif Kapadia to the emerging medium of Virtual Reality, StoryFutures Academy is helping creative leaders shift the dial in what is possible in this exciting new platform. Asif’s journey into VR is one of hundreds we’re enabling and we hope his project will inspire many more."

BFI CEO Ben Roberts, BFI London Film Festival Director Tricia Tuttle and the BFI London Film Festival team, will unveil The Expanse, the bespoke virtual exhibition space housing LFF Expanded, to the public on Thursday 8 October at 7:30pm. The launch will include a pre-recorded interview between Asif Kapadia and LFF XR & Immersive Programmer Ulrich Schrauth, discussing the new film commission and looking at how immersive technology is being harnessed to expand narrative storytelling. 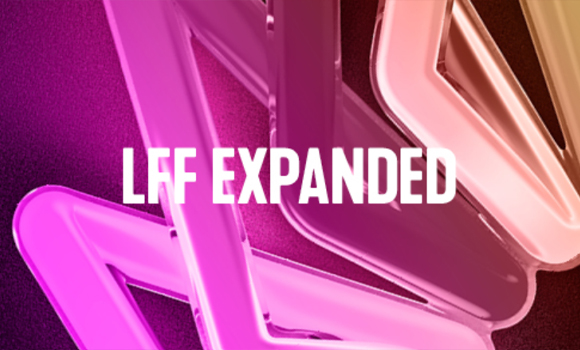 The 64th BFI London Film Festival in partnership with American Express presents LFF Expanded: the Festival’s new dedicated strand of XR and Immersive Art programmed by Ulrich Schrauth (LFF XR & Immersive Programmer). Using cinema as a jumping off point, LFF Expanded will be an expansive space for programming, featuring Virtual Reality, Augmented Reality and Mixed Reality. The Expanse, the bespoke virtual exhibition space will also include live immersive performance and a series of talks and events as well as an opportunity for audience members to connect with each other in the virtual auditorium space. The LFF Expanded programme will feature bold, innovative creators from around the world who use a range of creative techniques to ensure audiences are not in front a work of art, a film or a performance, but in the middle of it, stepping into a new dimension of storytelling.  LFF Expanded will be open throughout the BFI London Film Festival (7-18 October 2020) and the programme is accessible for free, to audiences both in the UK and internationally, to explore the virtual space through a range of entry points.

For full details on the immersive LFF Expanded programme and how to connect: bfi.org.uk/london-film-festival/strands/expanded