INSIDE PICTURES 2020 – FROM EUROPE TO HOLLYWOOD

Developing the Next Generation of Leaders in the European Film Industry

The National Film and Television School (NFTS) today announces that applications are open for its prestigious Inside Pictures business training and leadership skills development scheme. Now in its seventeenth year, the 2020 programme is open to applicants from around the world who demonstrate a firm commitment to the European film industry. The programme is supported by the Creative Europe Programme of the European Union and ScreenSkills, with the support of the BFI, awarding funds from The National Lottery. 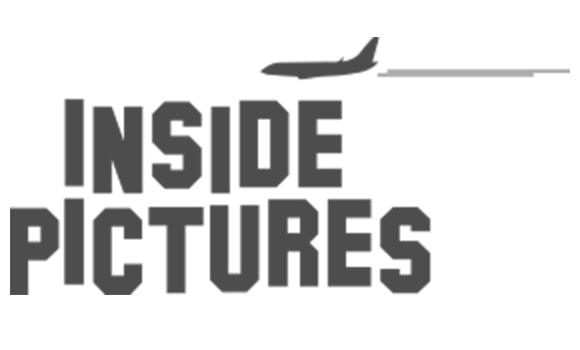 There are 20 places available for executives and producers with at least five years experience in film or an associated creative industry. Successful applicants will be executives from across the value chain who display determination and an entrepreneurial drive to succeed and who want to lead the EU film industry into the digital future. Applications can be made via www.inside-pictures.com until 22 March 2020.

Inside Pictures 2020 programme will be led by incoming Programme Director, Content Clare Crean. She will take on the role previously held by Julia Short who spent eight years at the helm of Inside Pictures and had been involved with the programme since its inception.

With over 30 years of experience in international film sales and distribution, Clare’s previous role was Head of International Sales at The Works. Throughout her career she has worked on award-winning features and documentaries from the UK, the US and around the world, launching films at top tier festivals and spear-heading the international sales and marketing strategies of over 250 titles including; Bend It Like Beckham, Whale Rider, This is England and the Oscar winning documentaries Man On Wire and The Cove. Clare is the Lead Tutor for the NFTS’ Marketing, Distribution, Sales and Exhibition MA.

Veteran industry executive and NFTS Head of Producing, Chris Auty will oversee the 2020 programme on behalf of the School.

This year marks the seventeenth edition of the Inside Pictures programme and the tenth year of it being delivered by the NFTS, one of the world's leading film, television and games schools.

Comprised of three intensive one-week modules and a tailored project, Inside Pictures takes place in London and Los Angeles between June 2020 and January 2021. The scheme develops cutting edge industry business knowledge, management skills, profile and a cross-industry contact network needed for leaders from across the industry to thrive in the global business of film. Seminars, workshops, studio visits and networking events cover all aspects of the international film business - from development through production, financing, worldwide distribution, marketing and exhibition and the latest digital developments.

Clare Crean, Inside Pictures Programme Director, Content commented: “The reputation of the Inside Pictures programme is second to none. There isn’t another like it and the alumni reads like a who’s who of the highest level of executives working across the film and TV industry. I am delighted to be taking on the role of Content Director and would like to thank Julia Short for all of her support. I look forward to working with our funders and supporters and to welcoming this year’s successful applicants to this extraordinary programme.”

Jon Wardle, NFTS Director, added: “We are thrilled to deliver the next edition of Inside Pictures which is open to all ambitious film executives and producers keen to expand their knowledge and network. The scheme is renowned for developing the next generation of frontline leaders who make a huge impact within the European Film Industry and beyond. I have no doubt this year’s cohort will add the same value and I’m looking forward to seeing their hard work come to fruition. As ever, we are grateful for the continued support of Creative Europe and ScreenSkills in making the programme happen year after year.”

Inside Pictures is delighted to be majority funded by the Creative Europe Programme of the European Union.

ScreenSkills, backed by the BFI, awarding funds from the National Lottery, has been Inside Pictures’ longstanding UK co-funding partner.

Gareth Ellis-Unwin, ScreenSkills Head of Film and Animation, said: “Alongside finding and developing new entrants into the industry, it is important that we support our future leaders by providing them with the necessary skills including insight into global business practice. ScreenSkills remains proud to support the Inside Pictures programme and looks forward to working with Clare to ensure it continues to provide value to the industry.”

High-level industry professionals in America and Europe, who have spoken previously on Inside Pictures include:

A full list of previous speakers can be found at www.inside-pictures.com.