Legendary titles designer Dan Perri visited the NFTS recently to give a masterclass to the whole School, particularly targeted to Motion Graphics and Titles students. Dan has been a film and television title sequence designer for over 40 years; the go-to designer for many great Hollywood directors from Martin Scorsese to George Lucas and Steven Spielberg. He has created main titles for more than 400 film and television projects, including Star Wars, Taxi Driver, Wall Street, Raging Bull and Airplane! Dan showcased his body of work to the assembled students and afterwards joined us for an enlightening Q&A, full of invaluable advice and insight on bringing stories to life through titles. 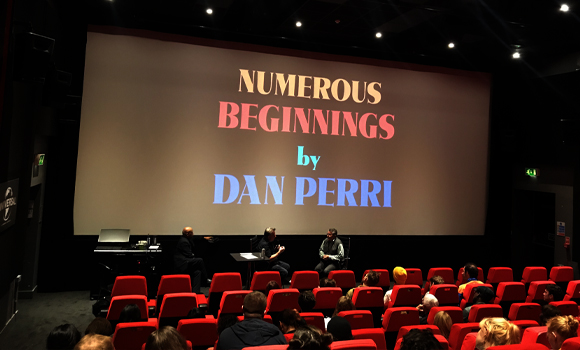 What is your opinion on how education and tutoring contributes to success in motion graphics and title designing?

The words motion graphics is a new term. By the definition of that title I’ve been a motion graphics designer for my whole career, it just wasn’t called that! Designing titles doesn’t always involve motion but we’re in a medium that deals with motion and it features pictures within them. I might work on a title that doesn’t have any motion at all, The Exorcist is a good example. 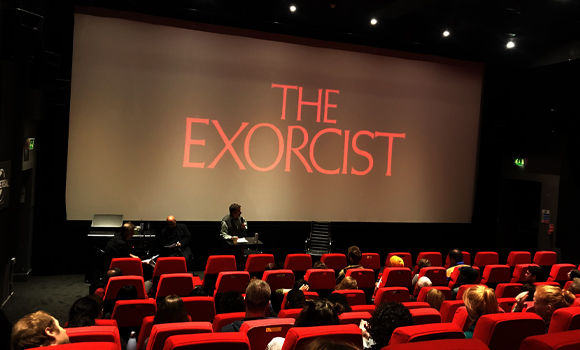 What is the one stand out piece of advice you were given that you could pass on to NFTS students?

I’m often asked that and it’s basically, just don’t give up! Keep persisting because we artists no matter what kind of art we do, be it photography or painting, titles designer or costumes whatever it is, we’re passionate about what we do. Most of us who are true artists are compelled to pursue what we do, it’s not like we make a choice, we have to do it. It’s in your heart so that passion is what drives us on to achieve what we are trying to express. Because the world is what it is, you have to find people who will listen to you, will look at what you’ve done and give you the appreciation that you so badly need. We’ll do whatever we have do to and in the real world, that’s what you have to do.

Has technology changed the motion graphics industry for better or worse?

It’s certainly for better in many ways but it’s also for worse in some ways. Within my little niche of the film business and making entertainment, in many ways it’s for worse. The studios realise things can be done faster and faster on a digital format. People do it faster and faster, if one guy is doing something that takes four days, put four guys on it and they can do it one day so they’ll just throw more money at it and of course when you do it faster you also have to cut corners so the idea can’t live and just be for a while and then you go back and look at it again. We’re still just humans who breathe at a certain rate, our eyes blink at a certain rate, we need to sleep a certain amount, that hasn’t changed but we’re all asked to do things so much faster than we’re accustomed to, something has to suffer as a result. Creativity gets abbreviated or cut off and is not allowed to complete itself. I would prefer if we could all slow down, if I had more time to do my work, if we all had more time to create and appreciate what we’re doing.

How do your ideas come to you? Is there a certain pattern?

It’s never the same. I don’t have to be at my studio sitting in my chair or driving my car, it can happen anywhere. I can be walking out of a movie theatre and literally go ‘oh yeah!’ an idea will just suddenly occur to me. Sometimes I’ll have to write it down, other times I’ll commit it to memory, photograph it in my mind’s eye. And sometimes I’ll lose it if I haven’t done something to punctuate it. If we subscribe to the idea that these ideas are out there in space floating around and they maybe landed on you and you don’t do anything with it or you forget it, it will find someone else. How many times have we seen something in a movie or something and you say ‘Oh I thought of that last year’. The idea you thought of last year now landed on somebody else and they put it to use.

Have you ever preferred an earlier version of a title more than the version that went on to become iconic?

Wall Street. What I showed (the Director) was an off the colour print that I made. I shot the sequence and made a print of it, it was completed and done to full resolution with all the details and legal requirements. Then the Director showed it to Michael Douglas the actor, who won the Oscar for his role (in Wall Street) and he didn’t like what I’d done so it never got used. I did something else much less creative than that was but it was never used.

Yes. I’ve done a number of things I’m quite proud of but all the circumstances that surround Taxi Driver are still my most satisfying.

Are there any current titles sequences that you particularly admire?

I was doing a lot of work in the 1980s so on Stranger Things they were interested to know what my opinions were so I sat and consulted with the designer and the studio. They pulled back a lot (as a result of) my advice, it wouldn’t have been as good and I don’t mean because I was there it got better. They wanted it to look like the 80s and the innocence of the designer researching the 80s, they saw things like scratches and things weaving and not even. Things that are part of older films but no one would want to do those kind of flaws, it’s too extreme so I said ‘you can’t do that, with scratches all over it, that’s not what a designer would do – it wouldn’t be delivered that way’. It would be perfect or as close to perfect as possible. It would make all films from the 1980s look bad and that would not be true! So it (Stranger Things) has some touches, little subtleties but nothing as overt. I admire a couple of films that Kyle Cooper has done. He has a company called Prologue (www.prologue.com) and he does a lot of big expensive sequences for directors like Guy Richie on films like Sherlock Holmes, he’s wonderful. Very complex digital sequences.

If it can include you as the viewer in the storytelling, if you can learn things about the character, the setting, the timeframe, anything that is relative to that story you’re about to see though the title sequence then you are better off as a viewer, you’re being affected by the story. 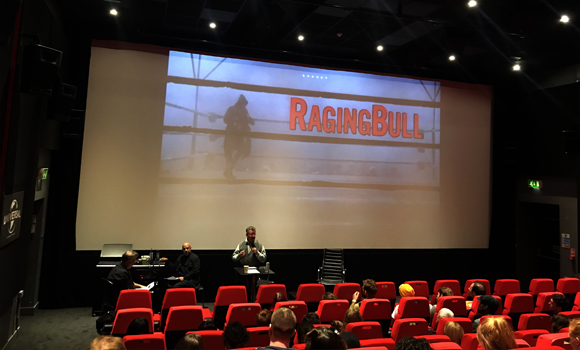 Finally, of all the movies you have worked on over the years, could you list your Top 5 in order?

If Dan Perri has left you feeling inspired and with a hunger to join the Motion Graphics and Titles industry, applications for the next course intake, apply now: