23 March 2022: Sophie Turner Laing, former CEO of Endemol Shine and MD of Sky, has been appointed Chair of the National Film and Television School’s Board of Governors.

She becomes the School’s first female chair, succeeding Patrick McKenna, founder of Ingenious who will step down at the end of his term in August, having held the post since 2013. During his Chairmanship, the NFTS was the first ever film school to win a Queen’s Anniversary Prize for Higher and Further Education and the first educational institution to be awarded a BAFTA for Outstanding British Contribution to Cinema, in recognition of the role it has played developing British creative talent. 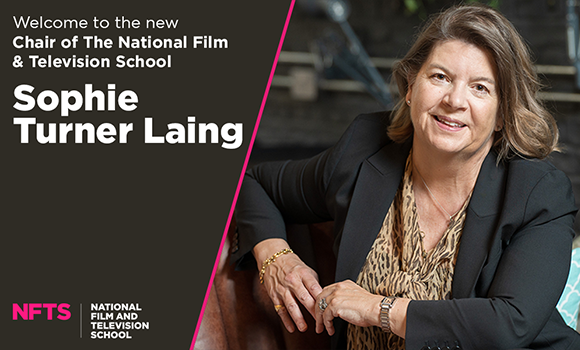 “Sophie is a creative powerhouse who will bring an extraordinary range of experience and dynamism to the National Film and Television School,” said Bal Samra, chair of the appointing panel, speaking on behalf of the NFTS Board of Governors.

Bal Samra continued: “The UK has become a global content hub with unprecedented demand for skilled crew. Sophie is a huge advocate of harnessing new talent and her passion and drive will further fuel the School’s mission of providing world class training and keep the pipeline of highly trained, job ready graduates flowing into a booming industry. We look forward to welcoming Sophie as Chair and thank Patrick McKenna for his many years of unwavering service and wish him continued success.”

As Chief Executive Officer of global content creator Endemol Shine from 2014-2020, Sophie oversaw a network of more than 120 creative production companies in 28 markets. As Managing Director of Sky, she was the driving force behind the broadcaster’s commitment to increasing investment in original British programming, leading the expansion of its portfolio of entertainment channels and revitalising Sky Arts. Sophie previously held a number of senior roles at the BBC, having started her career at Henson International Television before co-founding HIT Entertainment. 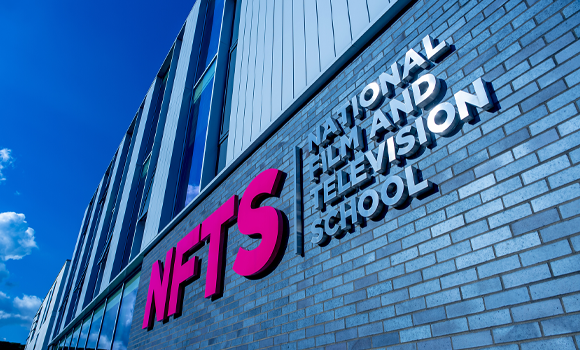 In 2018, she was awarded an OBE for her services to the media and honoured with an International Emmy – Directorate Award. In 2013, she was awarded an RTS fellowship for her outstanding contribution to British television. She has been a member of BAFTA since 2001 and recently sat on the DCMS Public Service Advisory panel.

Sophie has been an active and long standing supporter of the NFTS for many years, previously serving on its board of governors, contributing to masterclasses and supporting its many initiatives to encourage newcomers into the industry. Throughout the course of her career, she has played a major role in championing new talent and breaking down barriers to entry, for example spearheading Sky’s sponsorship of Mama Youth Project to increase representation in front of and behind the camera.

Speaking on her appointment as the newly selected NFTS Chair, Sophie Turner Laing commented: “The NFTS is the leading light in the film, television and games industries across the UK, nurturing skilled craftspeople and visionary talents over the last five decades. You only have to look at their alumni and see the students’ fantastic work, to feel the vibrancy of the School. It is a real honour to join the NFTS at such a vital time in the creative industries and I look forward to taking up the mantle of Chair from Patrick McKenna and to playing my part in the School’s future as it continues to flourish.”

Jon Wardle, NFTS Director added: “I’m thrilled to be working so closely with someone whose talents I truly admire. Sophie’s appointment ushers in an exciting new chapter for the NFTS, and I’m confident she will help the School reach ever greater heights. She will be a formidable advocate for the NFTS and all of its values. I would also like to thank Patrick McKenna for the invaluable support and advice he has given to me personally, and to the School more broadly over the past nine years.”