The Annie Awards 2021 Nominations have been announced! The Annie awards recognise excellence in animation in film and television and it’s great to see some NFTS alumni highlighted in the list. 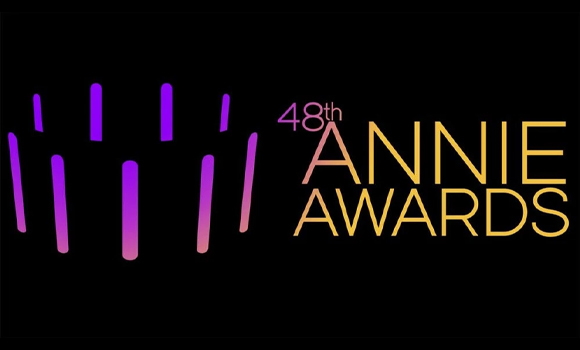 We are really pleased to see 2020 graduation animation O Black Hole nominated for Best Student Film. After having its world premiere at the Oscar qualifying Animafest Zagreb, this beautiful animation, has gone on to be screened and win awards at countless festivals,  including being shortlisted for the BAFTA Student Film Award for Animation!

O Black Hole tells the story of an immovable woman meeting an unstoppable girl in a musical quest to discover the meaning of transience and letting go.

A Shaun the Sheep Movie: Farmageddon, co-directed by 2011 Directing Animation alumnus Richard Phelan has been nominated in three categories: Best Indie Feature, Best Writing – Feature and Best Editorial – Feature. NFTS students enjoyed a screening of this brilliant film in our cinema ahead of its release, followed by a brilliant Q&A with Richard. Read more here: nfts.co.uk/blog/farmageddon-hits-nfts-shaun-sheep-drops

Huge congratulations to all the NFTS alumni involved in these productions, we’ll look forward to the awards on Friday 16 April, 7pm PST.

Find out more about the Virtual Event here: annieawards.org/event-info

Applications are open for NFTS MA, Diploma and Certificate courses starting in January 2021 and September 2022, including our world-renowned two year Directing Animation MA. Check out the full course list at nfts.co.uk/courses.

The NFTS is thrilled with the exciting news the School has been awarded the Best Animation School Award by Animafest Zagreb 2022!

14 March 2022: It’s been an incredibly memorable weekend for multiple teams of National Film and Television School graduates as they brought home three prestigious awards for their work on 2021 NFTS animation films!