Last Thursday saw the Porsche Awards 2019 land in London. The awards ceremony was held at the Curzon Cinema in Soho, only the second time it has been hosted in the UK since 2016. The event was jointly organised by the NFTS and Germany’s Filmakademie Baden-Wuerttemberg (FABW), two of the world's leading film, games and television schools. 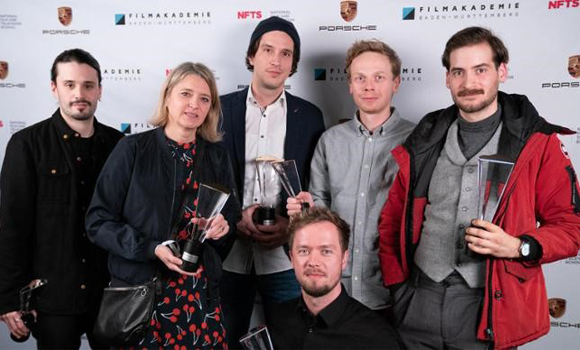 In total, 92 young filmmakers from eleven countries submitted their entries for this year’s Porsche Awards.

Congratulations to the winners listed below:

NFTS Director Jon Wardle commented: “London is one of the world’s most important advertising film centres and the NFTS is delighted to have been involved in bringing the Porsche Awards to the capital once again. It has been a thrilling ride witnessing the work of the next generation of emerging film talent in advertising. At the NFTS, many students who graduate from our Directing Commercials Diploma go on to work on ad campaigns across the globe. We are proud to play our part in developing the raw talent and skills required in an ever changing industry.”

Last places remain on the NFTS Directing Commercials Diploma for a January 2020 start.

For more info go to: www.nfts.co.uk/directing-commercials

NFTS Commercials Grad Directs ‘Be Part of the Story’ Promo

Recent NFTS Directing Commercials graduate Jake Sleet has directed a promo for the School’s ‘Be Part of the Story’ campaign. The campaign demonstrates the wide range of specialist roles in film, TV and games development that NFTS courses prepare people for, and the opportunity to get hands on experience in a real production environment.