Miss Curvy is a film about a Ugandan mother trying to navigate her past traumas through participating in Africa's first beauty pageant for plus-size women.

The judges said: "An unconventional, entertaining film that was a joy to watch. Its original take felt personal and with access to great characters, it was able to explore dark and light themes in a fresh voice. It did not shy away from controversy and the judges felt that they were in good hands; whilst the direction gave viewers the room to make up their own minds."

The win contributes to an already hugely successful year for Miss Curvy which has included being shortlisted for a BAFTA Student Film Award and nominated for a Student Academy Award!

The Miss Curvy team were not the only ones celebrating as Inside a Marriage, another NFTS Directing Documentary graduation film directed and produced by Ben Cheetham received a special mention in the same category. The judges commended its strong structure and themes that kept the story moving along, calling it “a cracking film”.

These films were two of four NFTS graduation films to be selected for this year’s awards along with Bananas and The Daydreamers and one of three NFTS films to be nominated for the Best Student Documentary award.

This is the 12th year running that NFTS students have made it to the nomination stage of the Grierson Awards and last night marks the seventh time NFTS graduates have won the All3Media Best Student Documentary Award since the category started in 2011.

The NFTS would like to extend a huge congratulations to all of the talented NFTS students that contributed to making these brilliant films - we couldn't be prouder of them all!

Find out more about the films below:

Miss Curvy – 2020 Graduation Documentary – WINNER
Synopsis
Miss Curvy is a film about a Ugandan mother trying to navigate her past traumas through participating in Africa's first beauty pageant for plus-size women.

Synopsis
After 10 years of marriage, Shilpa and Dipak have temporarily separated to take stock and consider whether they have a future together. Inside a Marriage follows their journey and questions what, at times of great adversity, holds families together. 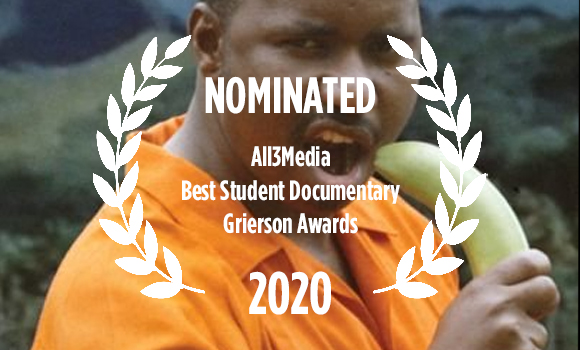 Synopsis
How did the humble bananas become the cheapest, most popular fruit in the world? Was it their taste? Their genes? Dark forces of capitalism? Travel through time on this epic journey and go bananas!

Places are still available on some NFTS courses to start January and February 2021!
Find out more and apply: nfts.co.uk/places-available

26 May 2022: On 20 May 2022, the British Academy of Film and Television Arts (BAFTA) announced the shortlist for the 2022 Yugo BAFTA Student Awards. This year’s 82 shortlisted projects have been selected from a record-breaking 715 submis

11 November 2021: The 2021 Grierson Awards saw a fifth successive win for an NFTS student project with Tease, an NFTS Directing Documentary film directed by Jessica Brady who graduated earlier this year.

NFTS graduation film Miss Curvy, a documentary directed by Ghada Eldemellawy has fought off competition from more than 1,500 films, to be named as a finalist in the 2020 Student Academy Awards in the Documentary (International Film Schools) category.