First established in 1971 and due to celebrate its 50th anniversary in 2021, the NFTS has evolved to become a leading global institution, developing some of Britain and the world’s top creative talent.

The report was prepared by OC&C for the NFTS on a pro-bono basis to help build an understanding of its importance to the UK screen industries.

“The Graduate Impact Report has delivered findings that are simply unparalleled. For example, over 80% of all high end television has an NFTS graduate in a key role and yet, our grads make up less than 4% of the 100,000 strong UK Film and TV Production workforce. No other single education institution or scheme can point to a record of accomplishment that has delivered talent and skills for the industry on the scale of the NFTS. Our success is totally disproportionate to our small size and I couldn’t be prouder of what the School and its graduates have achieved. Moving forward, we will continue our mission which is to produce the people that power production both in the UK and globally.” - Dr.  Jon Wardle, NFTS Director

The report was launched by President of the NFTS, Lord David Puttnam on 20th March during a speech delivered online. To watch Lord Puttnam’s speech please see below:

“The NFTS provides the crucial skills we need to keep our vibrant screen industry afloat, but what truly sets it apart is its understanding of the value of talent, its recognition of the importance of storytelling and its commitment to the promise of a new idea.” Lord David Puttnam

The report analyses the exceptional contribution of NFTS graduates as a whole on UK Film and Television production over a five year period* and demonstrates how NFTS graduates quickly take centre stage in an industry critical to the UK economy.

The highlights from the report are: 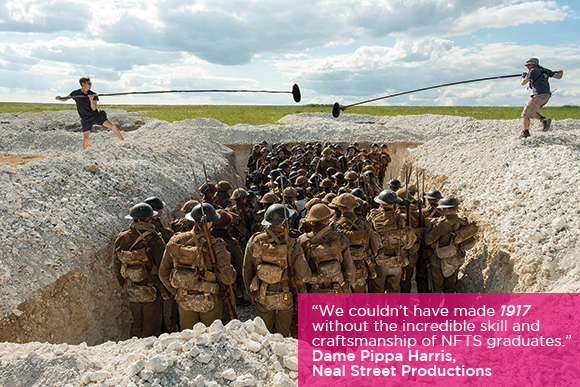 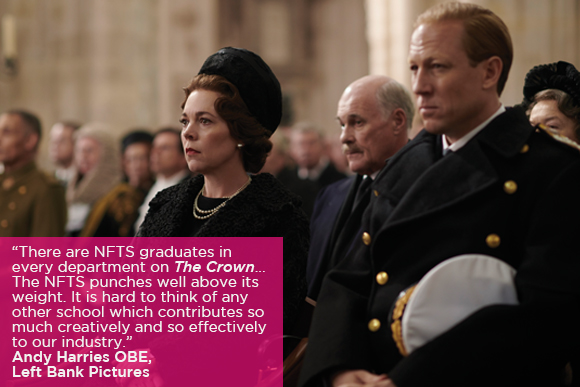 Each year the NFTS produces a short film that showcases a selection of Graduate Credits from the previous 12 months.