1 March 2022: The National Film and Television School (NFTS) is thrilled to announce a new three-year flagship collaboration with Prime Video as it becomes the first streaming service to join as key partner of the School.

Prime Video Pathway is a first of its kind, multifaceted training initiative designed to open up access to jobs in the TV and film industry across the UK. Committing to spend £10m across three years, the partnership will open up access to the creative industries.

The partnership includes a new academy programme, opening soon for applications for prospective candidates from across the UK. The academy will build to having places for 75 people per year who will be offered the chance to apply for a variety of craft and technical roles on Prime Video commissioned productions in the UK. Prime Video has also committed to funding and co-programming two courses run by the NFTS, Prime Video Directors Workshop and Post Production Supervision, designed to support the entry of new diverse voices into film and television production. 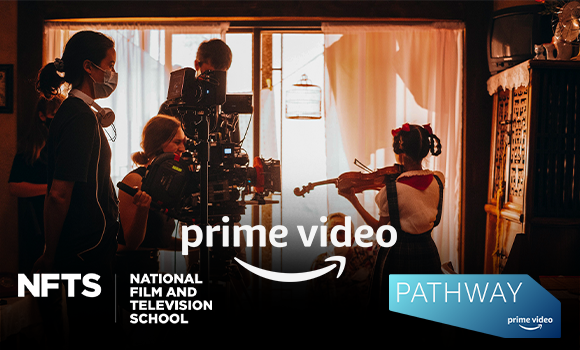 The newly formed partnership with the NFTS aligns with Amazon Studios’ strategy of expanding its production footprint in the UK whilst ensuring a diverse talent pipeline is developed and sustained for long-term industry need.

The academy programme will offer up roles across physical production including production, art department, locations, camera, sound and accounting. Upon completion, Prime Video, the NFTS, and production heads of department will work with the participants to plan and support their next steps into the industry, with the aim that trainees will be put forward to work on other productions. Integral to the academy is the School’s commitment to investing in training across the UK, with at least 50% of participants coming from outside of London.

Prime Video has committed to supporting two training courses to be delivered by the NFTS. Prime Video Directors Workshop is a 12-month course and designed specifically to increase the number of people from underrepresented groups working in screen directing. The course takes the form of intensive training in narrative filmmaking, with each student creating a short film by the end of the course. The NFTS ran a Diverse Directors Workshop in 2017 and 2019, receiving approximately 400 applications each year for the six available places. Six students will be taken on the Prime Video Directors Workshop, starting in May 2022, as they seek to emulate the success of previous students like John Ogunmuyiwa, whose short film Mandem was nominated at the 2020 British Independent Film Awards (BIFAs).

Prime Video also becomes co-sponsor of the NFTS’ in-demand Post Production Supervision Certificate, a course designed to give a grounding in the fundamentals key to effective post production management. Prime Video will fund an additional intake of students to start in September 2022, thereby doubling the number of young people able to take this essential course. NFTS’ inaugural intake on this course finished in July 2021, with a graduate employment rate of 100%, as participants were fast-tracked into industry roles including on Prime Video commissioned productions Anansi Boys and My Policeman. 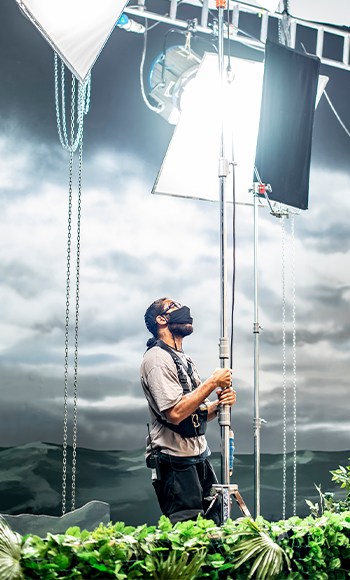 “The NFTS is synonymous with developing the world’s best creative talent through our world class training. We are thrilled to work with Prime Video on this landmark collaboration, which will increase representation behind the camera and scale up the skills required by the many original productions coming down the track,” said Jon Wardle, Director of the National Film and Television School. “A new generation will be offered life-changing opportunities to join the UK’s production juggernaut and we look forward to a raft of new trainees and students from across the country joining us for the exciting ride ahead!”

“The UK is home to an extraordinary wealth of creative talent, and as our home-grown productions grow, we need to support a sustainable and diverse talent pool with world-class training, and a new creative generation for the industry,” added Dan Grabiner, Head of UK Originals, Amazon Studios. “We are delighted to be committing £10M towards that goal today, and thank the NFTS and colleagues across the TV and film industry for their support in helping us fulfil our ambitious goals. To those considering a career in the creative industries: we want to hear from you!”